Bemrich Named Citizen of the Year

Mayor Matt Bemrich, who has led Fort Dodge through nine years of economic growth and infrastructure improvements, was honored by the Fort Dodge Noon Lions Club.

Bemrich received the club’s Citizen of the Year Award Friday evening during a dinner at the Lions Den in Armstrong Park.

”I think all of us can agree that Fort Dodge is moving ahead,” said Mike Mulroney, the chairman of the club’s committee that annually selects the Citizen of the Year honoree. ”I think Mayor Bemrich is a big part of that.”

Mulroney said that ”there seems to be a new excitement, a new encouragement for the citizens.”

He got a few laughs when he said, ”The town is looking better. We’re even getting streets paved.” 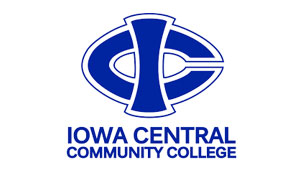 Dec 12 2018
Bill Shea Iowa Central Community College is now the first such school in the state to offer full-time students a flat tuition rate. The new tuition package, approved unanimously Tuesday by the college’s Board of Directors, could trim more than $1,000 from the cost of earning an associate degree. As part of th...Continue Reading

Dec 12 2018
Chad Thompson Lydia Schuur wants Fort Dodge to be a place her children want to call home when they grow older. That was part of her reasoning when she ran and won a seat on the City Council last year. It’s also the reason she applied for the communications director position a...Continue Reading

Dec 11 2018
CHAD THOMPSON It’s the mission of the Tree of Hope to make the holidays brighter for children in need by providing them with multiple clothing items and a toy. The Tree of Hope is a Kemna for Kids Foundation, which is a 501(c)3 nonprofit organization. Each child will receive a coat, gloves/hat, pajamas...Continue Reading