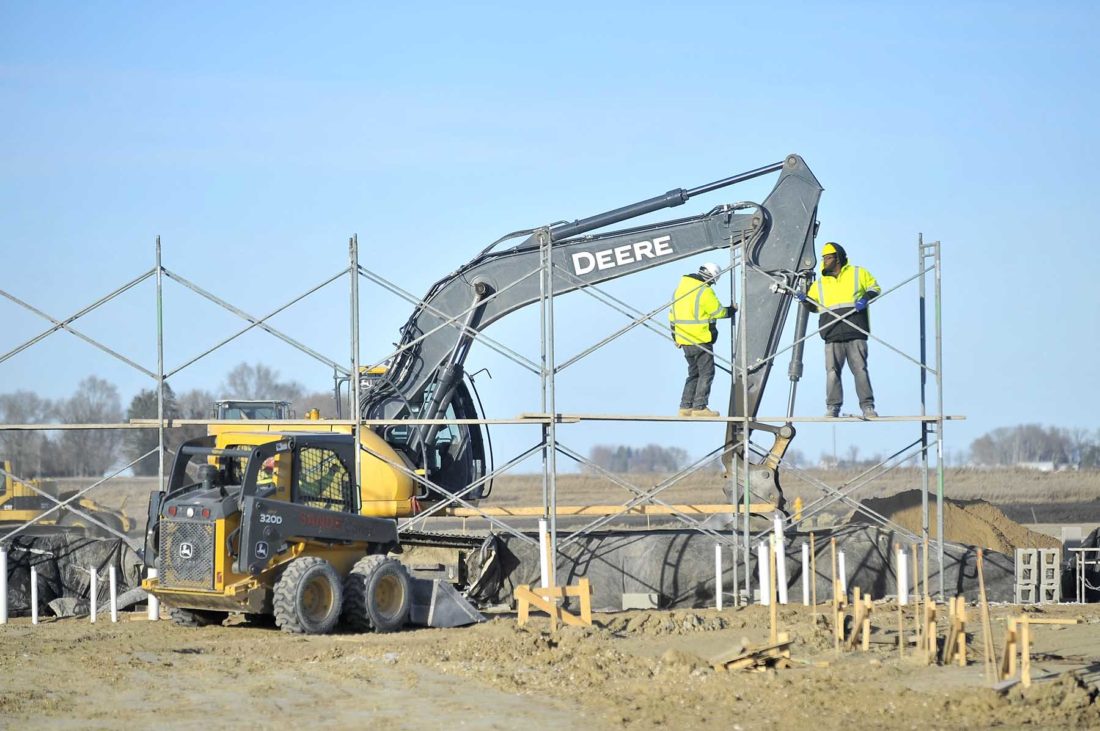 A new MidAmerican Energy facility that is under construction in Fort Dodge was celebrated Tuesday with a presentation and beam signing.

It marked the construction of a new 72,000-square-foot customer office and service center, which is being built in the city’s new Decker Development Park.

The space will consolidate various facilities already in Fort Dodge into a single location.

Speaking to a crowd that included city, county and state officials, Kathryn Kunert, MidAmerican’s vice president for economic connections and integration, said the project is a result of a number of partnerships between MidAmerican and the Fort Dodge area.

Kunert said the new facility is an investment in Fort Dodge.

“Obviously that’s something we’re very proud of,” she said. “It shows the commitment to the community, to the region, to our customers and to our employees. We’ve been here for decades and we’re going to continue to be here for decades to bring you our reliable service.”

He said the new facility will benefit both customers and employees. Right now there are 66 employees working between the current customer service office and service center, and they’re responsible for a variety of jobs.

Dec 13 2017
Joe Sutter Fort Dodge is growing, and it couldn’t be done without the economic development tools available to it, Fort Dodge area leaders told candidate-for-governor Fred Hubbell Tuesday afternoon. Keeping those tools and tax credits in place, as well as the importance of working collaboratively, was a top topic at the meetin...Continue Reading

Dec 10 2017
Peter Kaspari A new water company is coming to Fort Dodge and will take up occupancy in a historic building in downtown Fort Dodge. The Rosedale Water Store, 311 First Ave. N., is set to open in mid-January. The building once housed the Rosedale Creamery, and according to John Miles who handles operation...Continue Reading