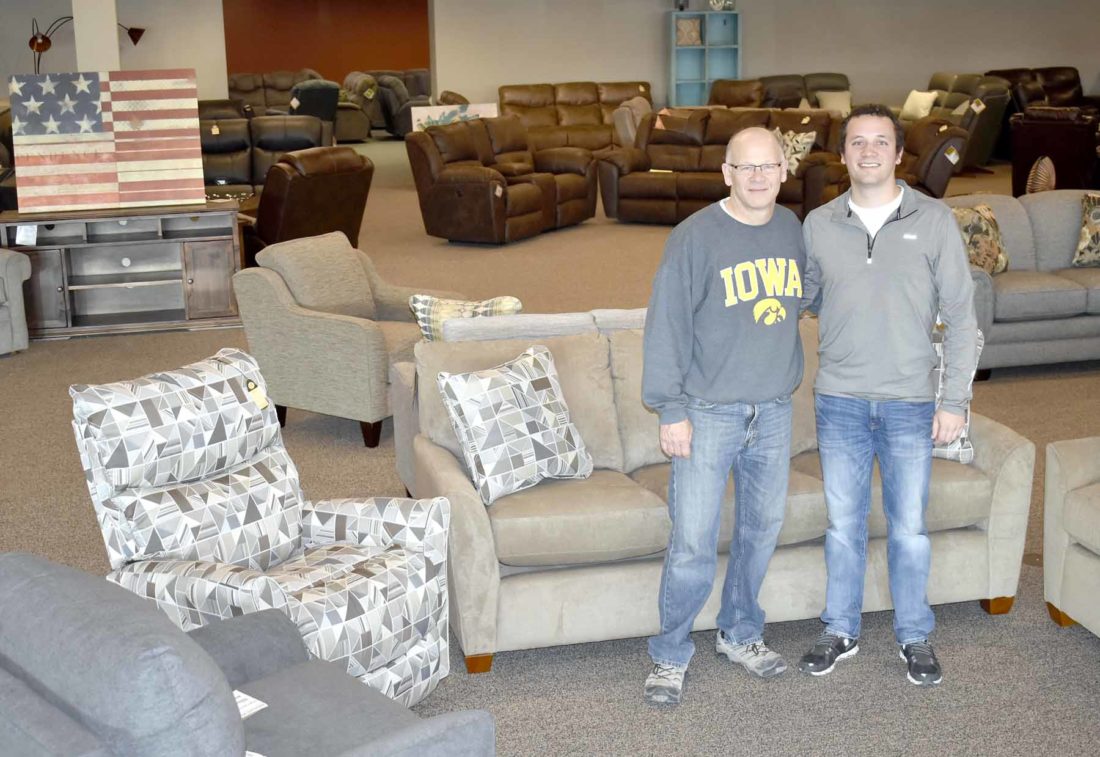 Mikos and Matt Furniture has reopened its store after the roof was partially ripped off the building during a devastating storm that struck Fort Dodge about six months ago.

The storm swept through the area on May 16. It caused significant damage to the interior of the family operated store, located at 3336 Fifth Ave. S.

“It was those straight line winds that got us,” John Mikos, owner of the store, said. “I think aside from Iowa Central, we were damaged the most.”

Nov 12 2017
Joe Sutter In a few more years, the rock in National Gypsum’s quarry northeast of Fort Dodge will be gone. Today the company is hard at work digging a new pit, just across the road, where it will continue mining one of the area’s most important natural resources for years to come. Th...Continue Reading

Nov 12 2017
Bill Shea A cultural and recreation center planned for downtown Fort Dodge would be owned by an authority to be created by the city and Webster County under a plan to be considered by the City Council and the Board of Supervisors this week. Both governing bodies are expected to act o...Continue Reading

Nov 10 2017
Joe Sutter CJ Bio America may be bringing a $51 million expansion project to its Fort Dodge location to build a new manufacturing facility. This major expansion would be great news for the county and for the ag park where CJ is located, known as Iowa’s Crossroads of Global Innovation, said Denni...Continue Reading