The Greater Fort Dodge Growth Alliance had more than usual to celebrate at their annual dinner. In addition to naming the recipient of the annual Catalyst Award, this year marked the Growth Alliance’s 10th anniversary. Fort Frenzy hosted the soldout crowd in its Cardiff Center and Iowa Central Community College provided the livestream.

The annual dinner supports the Greater Fort Dodge Growth Alliance’s mission to unify and coordinate accountable economic and community development and to enhance the quality of life in Fort Dodge, Iowa, and the region. The organization was formed in 2012 through a merger of the Development Corporation of Fort Dodge/Webster County and the Chamber of Commerce.

Dennis Plautz, CEO of the Greater Fort Dodge Growth Alliance, succinctly summed up a decade of success. “We’ve worked across all entities, jurisdictions, and organizations to help develop an atmosphere of collaboration and cooperation resulting in a singular and coordinated economic strategy,” he said. “The result is less duplication, more efficiency, and added accountability.”

“We have been able to meet the expectations of the group of business leaders that researched the various possible organizational possibilities for Greater Fort Dodge Growth Alliance,” Plautz said.

Dave Flattery, the winner of the Greater Fort Dodge Growth Alliance’s prestigious Catalyst Award, was named at the dinner. The pinnacle award celebrates the "inspiration, charity, wisdom, unifier, and breath of life" of a professional in the community.

Flattery, president of Availa Bank in Fort Dodge, is a Fort Dodge city councilman who played a key role in expanding Harlan and Hazel Rogers Sports Complex and recently led the effort to erect the “Floyd of Rosedale” sculpture. The statue was part of the project he led that combines athletics, history, and public art to preserve the history of the “Floyd of Rosedale,” the prized traveling trophy awarded annually to the winner of the University of Iowa and University of Minnesota football game. Even though Flattery is not a Hawkeye fan himself, being a graduate of Iowa State University, he understands the importance of sense of place in the community.

“Culturally, I never thought I would say this, but I think the ‘Floyd of Rosedale’ project has surprisingly brought a lot of attention to the community,” Flattery said. “There has been a lot of interest locally, statewide, and nationally in this project and the legacy story that is associated with it.”

Flattery’s passion for athletics and the community are clear through his other volunteerism, too. He is a coach, referee, a St. Edmond Athletic Booster Club member, a member of the Fort Dodge Rec Center planning committee, and volunteers his time for the upkeep and maintenance of the St. Edmond Arena. He was instrumental in developing the Mini Majors complex.

Flattery and his wife, Debbie, moved back to Fort Dodge 35 years ago to be close to their families and to be able to send their children to the local Catholic schools. When asked about what advice he would give people who want to be more involved in the community, Flattery said, “Only get involved in a project or committee that you’re passionate about.  If you aren’t passionate about something you’re involved in, then resign, because otherwise, you’re just wasting your time.”

Additionally, Flattery has served or is serving as:

“The most positive change that I’ve seen in Fort Dodge and Webster County over the last 10 years is that our residents, business, and industry’s attitudes toward the city and county is much more positive,” Flattery said. “I would also mention that the city and county are now working very closely together to achieve the same goals.”

Flattery attributed the success in part to the city and county’s focus on long-range planning. “It is so important to have a vision, set goals, and then establish a road map to accomplish those goals.”

“I would like to see a complete facelift on downtown Fort Dodge,” Flattery said. “I think the downtown has a lot of potential, but we have a long way to go. The city, county, and the Growth Alliance have done a nice job of bringing jobs to the community, but many of those jobs are being filled by a labor force 20, 40, 60 miles away from Fort Dodge and Webster County. If we were to reestablish a vibrant downtown, I think it would go a long way to attract skilled labor and professionals to our community.”

“We hope that in the future that people will live, work, and play in the same area,” Plautz said. “One recognition is that recruiting companies to our region will be fruitless if we don’t have the ability to recruit the supporting workforce.”

Expo is next in entrepreneurs series

Apr 18 2022
An Entrepreneurial Expo will be the next event in the IGNITE Entrepreneurs Series in Fort Dodge. The expo will be held from 4 p.m. to 8 p.m. on April 27 in the Bioscience and Health Sciences Building at Iowa Central Community College. This will be a resource fair for all businesses t...Continue Reading 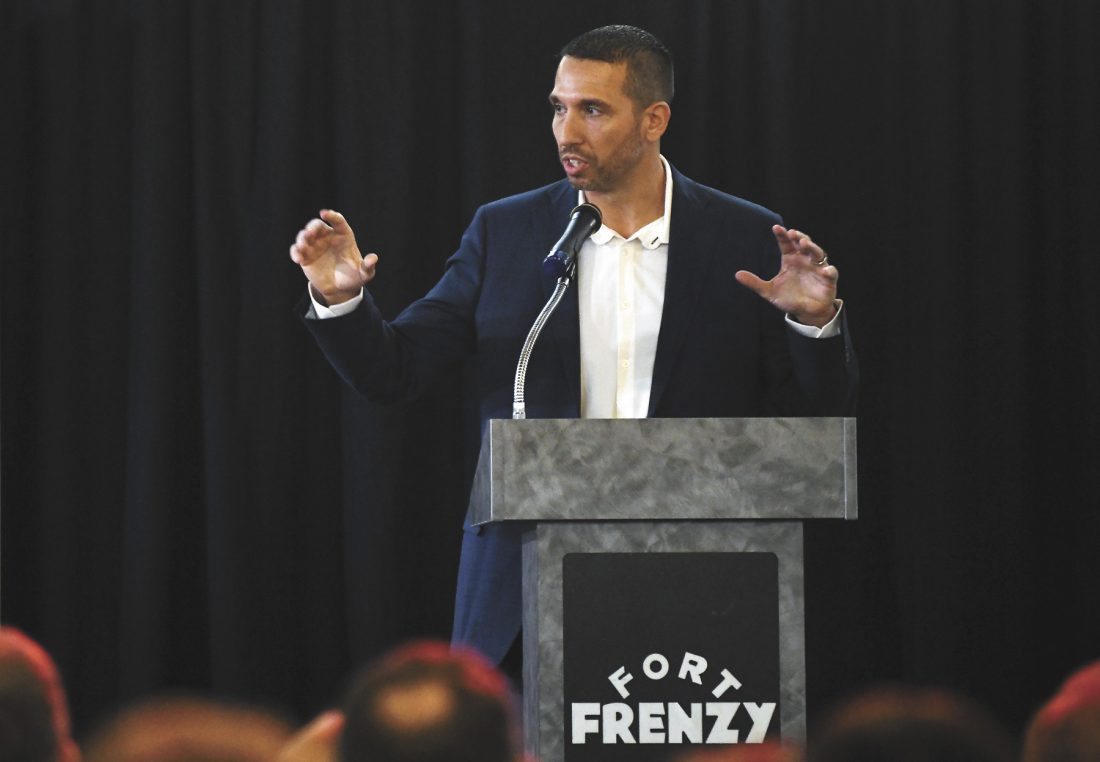 Mar 24 2022
Since Matt Campbell became the head coach of the Iowa State University football team prior to the 2016 season, remarkable things have happened on the field. Campbell has racked up the best winning percentage — 55.3 percent — in school history. He has coached the Cyclones to five straight bowl games...Continue Reading 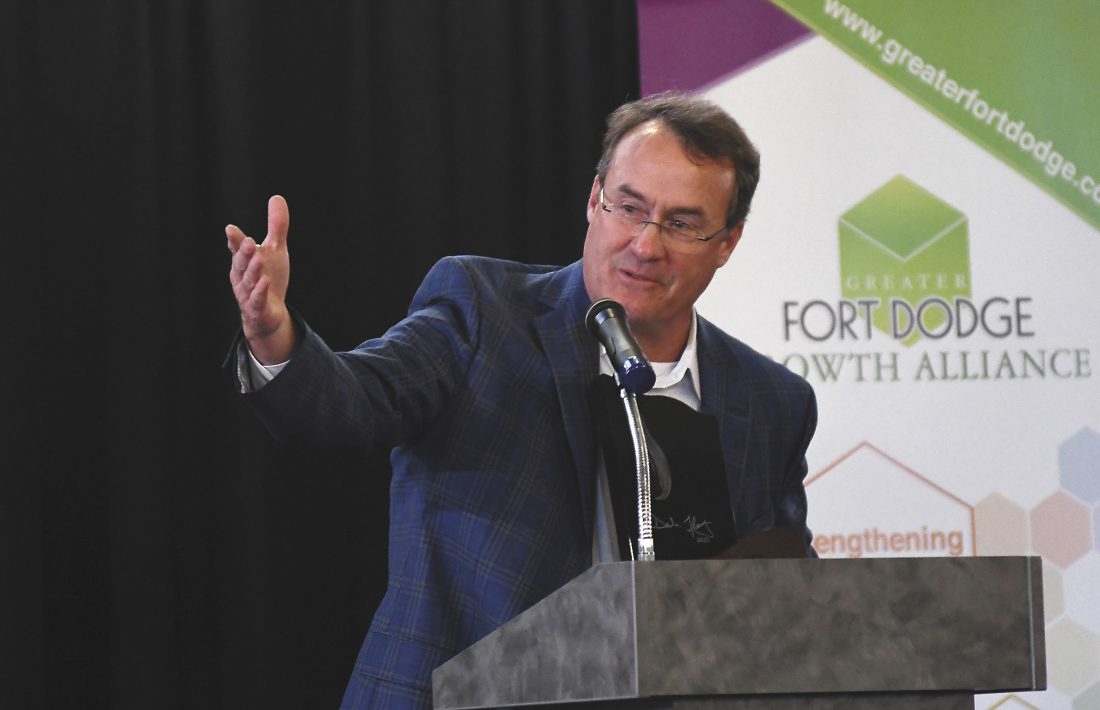