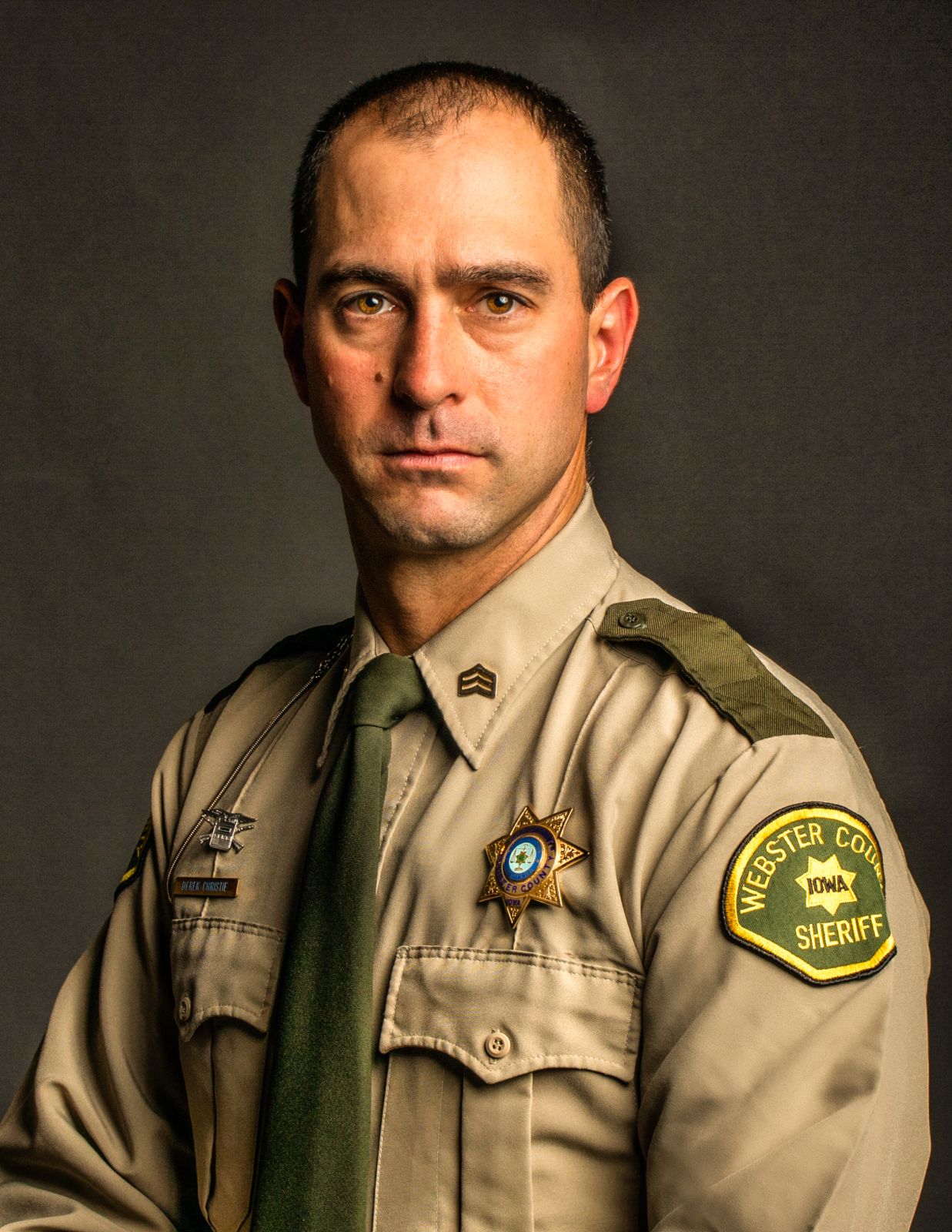 Derek Christie, from Dayton, Iowa, is a graduate of Buena Vista University with a BA in Criminal Justice/Criminology. After college he worked for Younkers (Ft. Dodge, Ames and Mason City) as the Loss Prevention and Safety Manager from 2008 – 2013. In 2013 Derek was hired by the Webster County Sheriff’s Office as a patrol deputy before being promoted to Sergeant in 2018 and in 2021 Derek was named Chief Deputy by Sheriff Fleener. Derek is married to Linsey and they have 3 children. In his spare time, Derek enjoys the outdoors and camping with his family.