The members of the Fort Dodge Fire Department got a souvenir of sorts Thursday after the crew from Mid Iowa Sign finished putting up the new LED illuminated signs at the fire station downtown.

That memento is the old sign that had been on the side of the building since it was constructed. It was coated with 53 years of streaked grime and no longer lit up.

Fort Dodge Fire Chief Steve Hergenreter is happy to see it down.

“I’m glad the ugly old sign is gone,” he said. “It had become an eyesore.”

The new signs are a result of the Fort Dodge Fire Rescue Image Project. An effort was started in the spring of 2017 by the Greater Fort Dodge Growth Alliance’s Image Committee to improve what was then the faded and dated facade of the station.

The LED illuminated signs will complement the repainted west-facing station doors. That was part of the project as well. They’re now the traditional fire station door red.

The signage features bright red “Fort Dodge” and “Fire Rescue.” Between the two groups of words, another sign showcases the department’s logo that matches the logo on the department’s trucks.

The final cost of the project is $10,558, according to the Image Committee.

Fundraising began in December 2017 and raised $6,832. Those donations were combined with a grant from Casey’s General Store, a paint donation from the Fort Dodge Sherwin Williams, a $1,500 donation from Citizens Credit Union and funds from the fire department.

Image Committee member Rhonda Chambers compared the project to another successful project that members of the community joined together on. 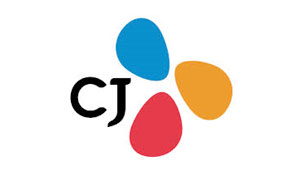 Nov 5 2018
Two major construction projects are under way at the CJ Bio America Webster County plant. Both illustrate why this major manufacturing facility is destined to play an important role in the economic future of our community and region. A $53 million addition to the huge main plant is being built wit...Continue Reading

Pederson strives for quality in all things

Oct 29 2018
What is important to you? Family, service, quality. Family is always first. Nothing means more to me than my wife Jennifer, and our sons Gavin and Kyle. They influence all of my decisions. Service to my community is also very important to me. That’s why I’m a member of groups lik...Continue Reading

Oct 26 2018
Hans Madsen “So what do you want to be when you’re grown up?” A common question posed to children by adults. How about this question: “So what are you going to be now that you’re almost grown up?” For high school students that are trying to answer that, or have already decided and wan...Continue Reading