A decade after Dr. Josh Mason started his one-provider chiropractic practice in the commercial building at the intersection of Second Avenue North and North 15th Street, Active Health Chiropractic has seen a lot of expansion and change.

Six months after opening in October 2010, Mason was joined by his brother, Dr. Zach Mason, who is also a doctor of chiropractic. Since then, the Masons have added two more chiropractors, an athletic trainer and a nurse practitioner. The practice also moved from its original location to its current location at 20 N. 29th St. In 2019, the practice re-branded as Active Health Clinics.

“It’s exceeding expectations,” Josh Mason said of his original vision for Active Health. “When we first opened, our vision was to help as many people as possible, but the scale of which we’ve been able to do that has definitely changed.”

In an average month, Active Health has 2,500 visits, he said.

Josh Mason first decided to pursue a career in chiropractic “on a whim” after his then-girlfriend (now wife) suggested it the summer after he graduated high school.

Zach Mason, on the other hand, had a much more personal reason for becoming a chiropractor. He had an old sports injury and the medical treatment he was receiving was just covering the symptoms and not actually addressing the problem itself. It was once he started to see a chiropractor that he started seeing progress.

“I wanted to go into more prevention and maintenance rather than reactive care, so that’s what attracted me to chiropractic,” he said.

For the past 10 years, the two brothers have been running Active Health together as a team.

“We have a common philosophy of how things should be done, we share a philosophy on how to care for patients,” Josh Mason said.

Zach Mason added that he thinks the two balance well and stimulate growth in others working at the practice.

“We both are hard workers and we typically work by example,” he said.

Both brothers look forward to celebrating Active Health’s 20th anniversary 10 years from now, hoping that the practice has grown even more.

Oct 27 2020
Bill Shea Central Avenue in downtown Fort Dodge may have designated bike lanes and less on-street parking in the future. Also, a deadend section of 11th Street south of Central Avenue could be closed to traffic to create a plaza, and more landscaping could be added to public right-of-ways. Those are all possibilitie...Continue Reading 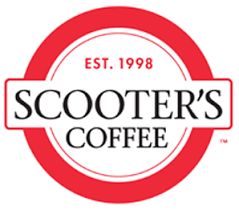