AML Riverside LLC, a Fort Dodge-based manufacturer of veterinary medicines, plans a $6 million investment that will create 12 new jobs in the next three years.

The company now employs 80 people at its plant at 141 E. Riverside Drive.

The company, which is part of Argenta, based in New Zealand, commenced operations in Fort Dodge in 2016 in a facility that has a long history in the veterinary medicine field. It was previously owned by Fort Dodge Laboratories, Fort Dodge Animal Health and Boehringer Ingelheim Vetmedica Inc.

The company develops, licenses and manufactures products for other companies, which are sold under the names of those companies.

Just how fast the company has grown can be shown by the number of people on its payroll. To meet the requirements of various incentives it received to help it start the plant up, AML Riverside had to create 30 jobs by the end of last year. It easily exceeded that figure, with 80 people on the payroll at the end of last year.

Plautz said the upcoming project will consist of upgrading and modifying the plant so that more research and development work can be done there. He said the physical plant will not be expanded.

Jul 14 2020
Kelby Wingert Regardless of how schools choose to approach the fall 2020 semester during this COVID-19 pandemic, not everyone is going to be satisfied. No one knows this more than Jesse Ulrich, superintendent of the Fort Dodge Community School District. “As a district, we’re trying to balance educating children with keeping our staf...Continue Reading

Variety of local wines can be found at Soldier Creek

Jul 4 2020
Elijah Decious The word through the grapevine in Fort Dodge is that you don’t have to travel long distances to get a great variety of wine. In fact, the vineyard is right in Webster County’s back yard at wineries like Soldier Creek Winery. There, a local family grows 10 different grapes tha...Continue Reading 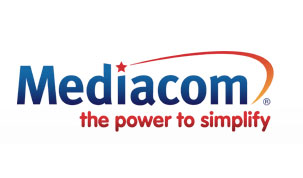